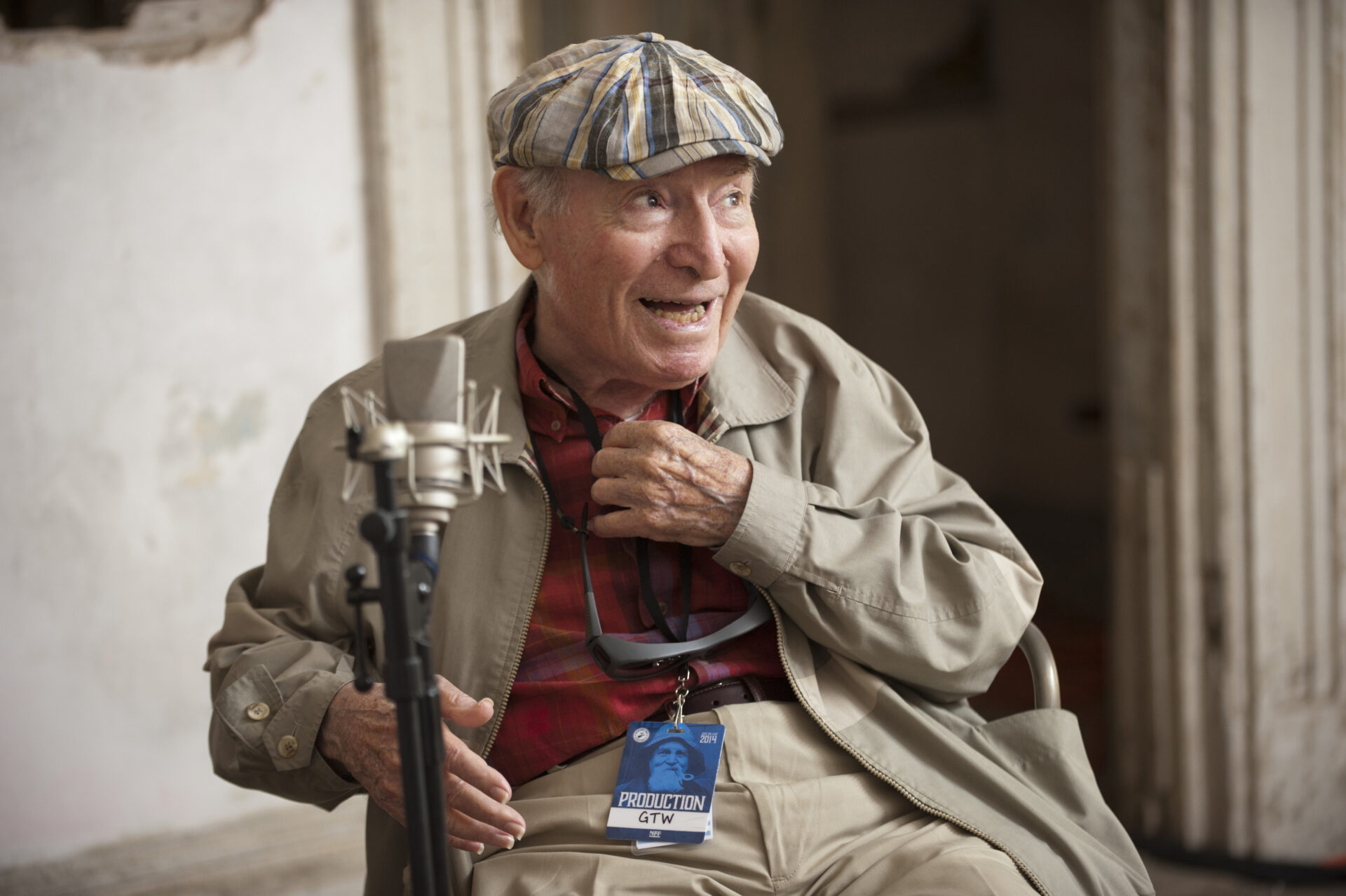 On a moderately cool August night in 2019, 93-year-old George Wein performed in public for the final time as a pianist — at a covered inside stage at Fort Adams State Park.

Prophetically, he billed the show as “One More Once,” after an old Count Basie tune. He said it was his final live performance. “I told him he’d be back to play again, in 2020,” said superstar jazz bassist Christian McBride. “But he said his body was getting weak, that he’d lost a lot of hearing. But I was trying to encourage him the way he’d encouraged others through the years.”

That night, Wein, in his signature patchwork quilt of a cap, unofficially opened the 2019 Newport Jazz Festival and closed his career as a pianist.

This was no mere vanity project. Wein played well alongside McBride and powerhouse trumpeter Jon Faddis on standards by Billy Strayhorn, Miles Davis and Thelonious Monk.

The set ran close to 45 minutes. And it turned out to be a farewell.

Of course, in addition to playing some piano, Wein kept a day job. He was the producer of the Newport Jazz Festival and the Newport Folk Festival. He helped start the Jazz Festival, the first of its kind in America in 1954. It was underwritten by Newport socialites Louis and Elaine Lorillard (she thought of the idea), who hired Wein, then a 29-year-old Boston nightclub owner.

This year’s festival will be the first since Wein’s death. McBride, who became the festival’s artistic director in 2017, said Wein put a framework in place for the future.

But it’s not quite like having Wein a phone call away. Last summer, McBride visited Wein’s apartment eight times as the 2021 festival came together.

“His musical experience and his mind for business were almost unmatched,” McBride said. “He had a great sense of what works. And he was willing to listen.”

No longer will driver Dennis Jackson ferry Wein across the festival grounds in a golf cart called The Lean Green Wein Machine. Wein had a “How are ya?” ready for new fans or old friends. In later years, people gathered around the cart to say hi, take pictures, shake hands. You half-expected ticker tape.

“His influence is so strong,” McBride said. “Aside from the physical, George’s presence will always be felt at the festival.”

Wein is still a part of Deborah Ross’ everyday life. Ross met Wein in 1985 when she worked the stage at a Carnegie Hall jazz festival. Through the years she served as Wein’s assistant, education director for the Festivals Foundation and is now with the George and Joyce Wein Charitable Foundation (Wein’s wife died in 2005).

Ross is also cleaning out Wein’s apartment, a labor of love. “I’m surrounded by George and the things he loved … his books, the artwork, the music he loved so much, the things he collected.”

Last summer, Ross and festival staff considered several methods to get him to Newport but none panned out. But Wein appeared on a video at the festival. And he spoke via Zoom to those attending a Saturday night jazz gala.

“This year we won’t even have that,” she said. “It’s going to be an adjustment for sure.”

Bassist Ron Carter, 85, guesses he first played Newport in 1963 as a member of Miles Davis’ quintet. He’s been back repeatedly. It will feel unusual, he said, not to see Wein this summer.

Carter said the festival involved more than one member of his family.

“George would call my sons and ask them to do odd jobs and run errands,” Carter said. “In a small way, they became part of the festival experience.”

Burt Jagolinzer, 83, of Cranston, appears to be the last of a kind. He’s attended every Newport Jazz Festival — even the ones held in New York City when Newport banished Wein from Newport for nearly 10 years after a 1971 Festival Field riot.

Jagolinzer recalls George Wein struggling financially after the Lorillards bowed out in 1959 (Wein said he made little money until he brought in corporate sponsors starting in 1966).

“George has been a big part of my summers since I was a teenager,” Jagolinzer said. “All we can do now is remember him fondly and appreciate all the fun times and great music he gave us.”