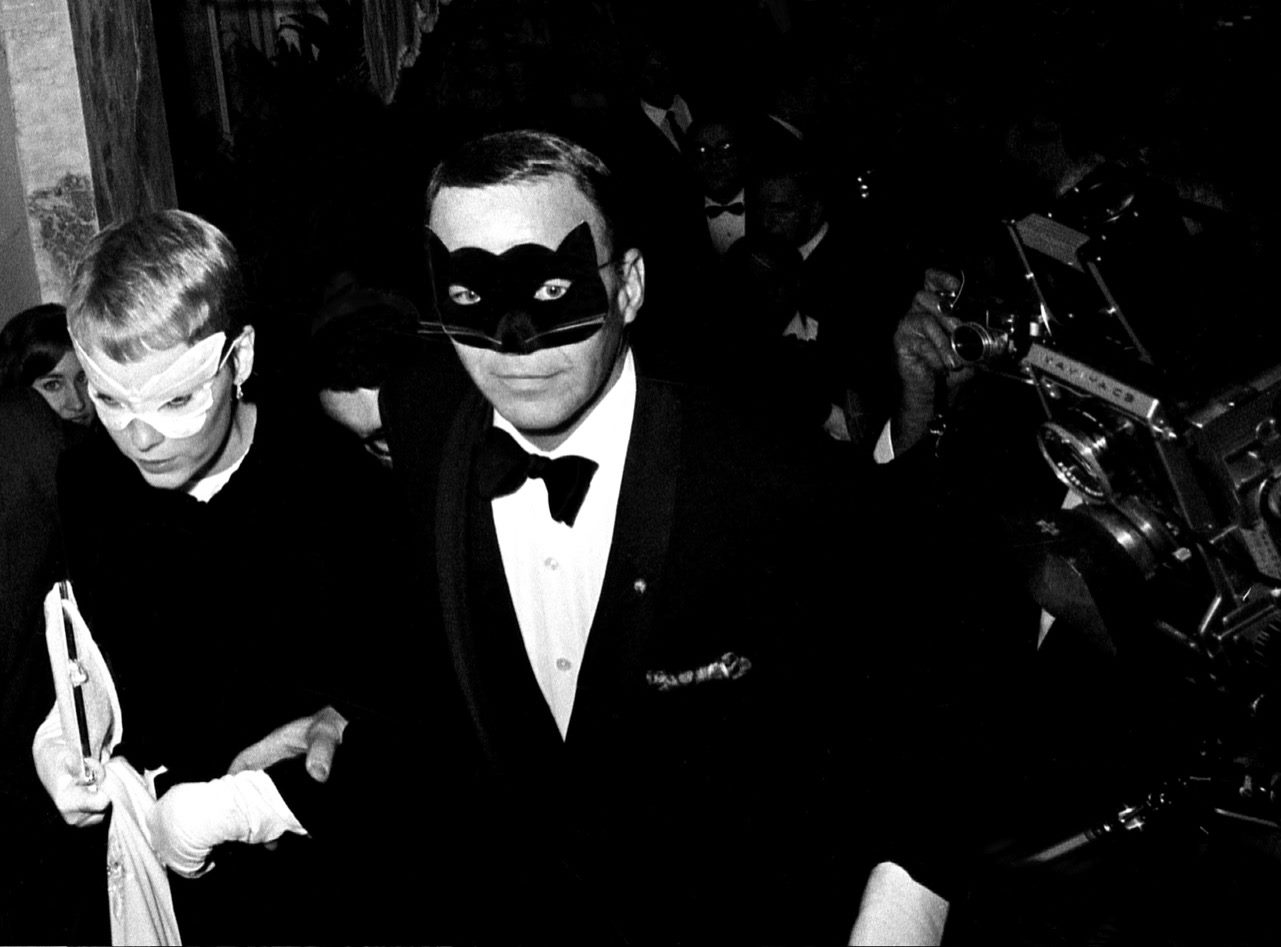 I would never call my work art, that sounds so pretentious,” said Harry Benson, the iconic photojournalist whose images are the subject of a new exhibit at the Redwood Library & Athenaeum. He was speaking at the opening reception Wednesday afternoon, where a crowd of about 175 people had gathered to see him and his photographs.

“I’m just a boring old fellow from Glasgow,” Benson said, his voice soft, his Scottish accent faint and his sense of humor wry. He was wearing a blue blazer, a green pocket square tucked into his breast pocket. Why green, someone in the audience wanted to know. “I like it, that’s all,” he said, a response that seemed to reflect his candid nature.

The exhibit is titled “Harry Benson: Persons of Interest,” and co-curated by Benedict Leca, the executive director of the Redwood and Sam Bolton, a photographer who lives in Newport (and who also co-curates Newport Curates). Leca’s wife, Leora Maltz-Leca, a professor of contemporary art at the Rhode Island School of Design, moderated a conversation with Benson, and dubbed him a “historian extraordinaire, photographer of genius.”

In 1964, Benson was set to head to the African continent, where he was going to cover events unfolding along the Libyan border and in Nigeria. But then his editors sent him to cover The Beatles on their first trip to Paris. It was not the “serious story” he wanted at the time, but it was the story that changed his career trajectory.

“It was the right move – The Beatles were insatiable,” Benson recalled. “They were very clever – and the music was very good…It was a very fascinating, interesting time to be with them, to see them creating this genius that was affecting everybody.”

On view as part of the exhibit is a range of photos spanning celebrities to presidents, The Beatles hanging near Bill and Hillary Clinton, Princess Diana not far from Diana Vreeland, all moments of time that became markers of history, mostly captured in black and white, Benson’s preference.

Benson, the most published photographer in the history of LIFE Magazine, photographed every president from Dwight D. Eisenhower to Barak Obama. Richard Nixon, though, was his favorite presidential subject. “Nixon was clever. I liked him. He wouldn’t hide from people like me,” Benson said. “He was actually a good guy.”

As a photojournalist, “your camera is never too far away,” Benson said. “Your business is to photograph what you see – and what you see should inform.” “Sometimes you get it right away…and sometimes you know you’ll eventually wear the person down,” he said. “A happy picture is one of the most difficult things a photographer can do,” he added. Among the other wisdom he imparted: don’t chase your subjects, don’t talk too much, and don’t manipulate your images.

“I think the secret of your genius is in your charm,” Maltz-Leca said to Benson, an observation many in the audience in the agreed with. The exhibit will be on display through Oct. 10. Admission to the Redwood and the exhibition is free.