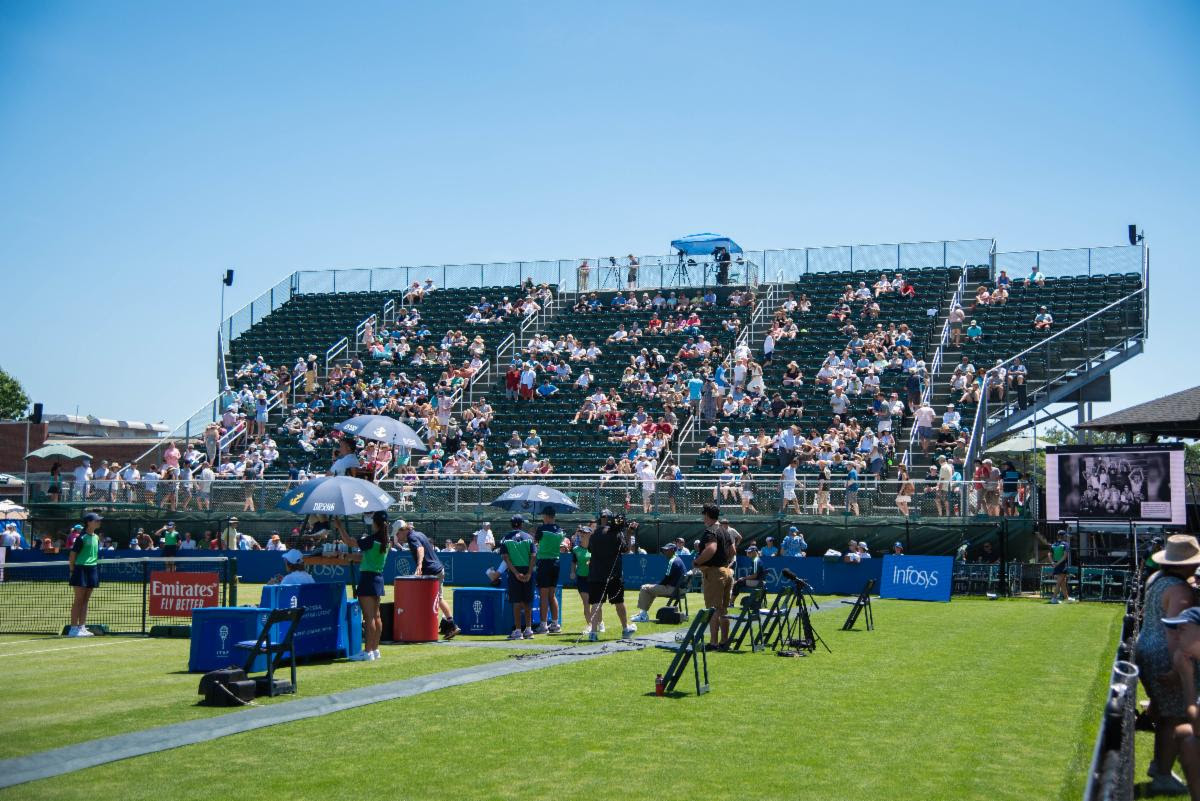 Maybe you’ve seen players walking from The Hotel Viking to the International Tennis Hall of Fame this week, usually dressed in white shorts and polos, occasionally very tall, all with tennis bags over their shoulders as they head to Newport’s famed grass courts.

Dozens of players – and hundreds of fans – are in town this week for the Infosys Hall of Fame Open, which began Sunday and ends this weekend.

A highlight of the festivities is the Tennis Hall of Fame Induction Ceremony, which this year honors Lleyton Hewitt, the Australian player whose accolades include winning two major singles championships over the course his career and finishing back-to-back years at No. 1 in the world.

For the first time, this induction ceremony is open to the public. It will take place Saturday evening, not before 6 p.m. The exact starting time depends on the length of that day’s matches (tickets are still available and cost $40). To keep up with matches in real time, follow the live score tracker here.

“I think all Aussie’s look forward to playing on grass,” Duckworth said. Like Hewitt, Duckworth hails from Australia and is looking forward to Saturday’s ceremony.

“I’ve known Lleyton a long time,” he told those gathered, “I definitely looked up to him growing up.”

Duckworth, who’s visiting Newport for the fourth time, also shared some of his highlights this week off the court, which included grabbing coffee at The Nitro Bar and eating dinner at Stoneacre Garden and Pasta Beach.

On Wednesday, Henley hosted a chat with doubles teammates Robert Galloway and Alex Lawson, who talked about their tennis practice and shared tricks of the trade – at one point moving from their seats to the net behind them in an effort to answer an audience question and demonstrate how the middle of the court shifts depending on where the ball is.

“We’re always learning what motivates the other,” Galloway said of playing doubles.

During that conversation, Lawson – whose nickname is “Beefhouse” – confirmed that he is quite a flag aficionado, and since the pandemic began has learned almost every country’s flag – an interest that might serve him well this week as players hail from all over the world.

For more information about tennis week, visit tennisfame.com and infosyshalloffameopen.com